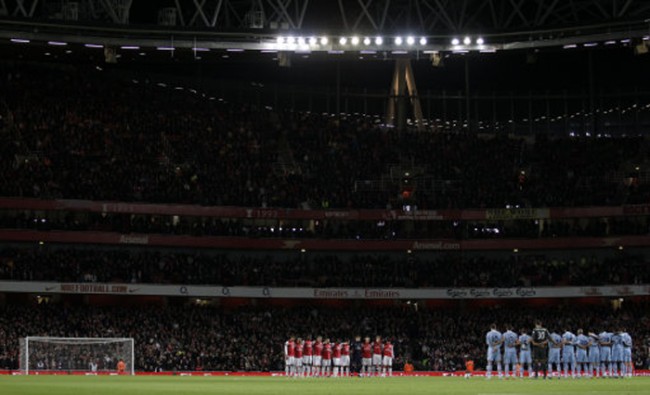 Arsene Wenger did his usual Carling Cup thing against Manchester City on Wednesday night, resting most of his first teamers and giving some youngsters a bit of action. Roberto Mancini rested Joe Hart, Mario Balotelli and a couple of other City megastars, but with the squad the Italian has assembled, even a (partly) second-string side is full to the brim with expensive internationals.

Alex Oxlade-Chamberlain and Francis Coquelin were the pick of  young Gunners, with the former looking completely comfortable on the big stage in a wide role, while the latter oozed class in central midfield. For City, young Romanian ‘keeper Costel Pantilimon made a couple of superb saves.

However, despite being the more dominant side, Arsenal eventually succumbed to City’s superstars, who broke superbly after an Arsenal corner, with Edin Dzeko feeding Adam Johnson who set up substitute Sergio Aguero to fire home on 83 minutes, and that was that.

Marouane Chamakh once again looked out of his depth while Andrei Arshavin managed to cram another dismal performance into his five or so minutes of substitute action. Owen Hargreaves managed to last all 79 of minutes on the pitch without breaking some part of his body while Samir Nasri suffered the expected torrent of abuse from the home fans for the entire game.

City progress to the semi-finals and edge closer to what could well be just one piece of silverware in a nice shiny set this season.