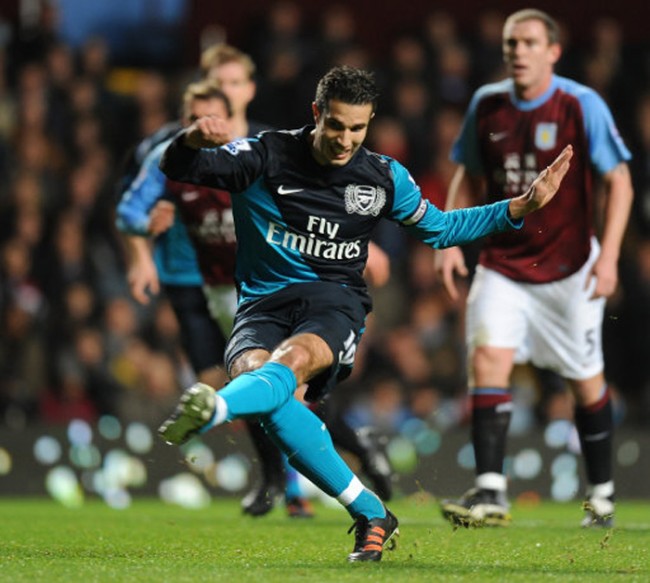 Wiry wingman Marc Albrighton netted the 20,000 goal in Premier League history but it was an under-par visiting Arsenal side that took home all three points in a tough, tense pre-Christmas encounter.

With five defenders out injured, the Gunners were forced to start French starlet Francis Coquelin at right back and the youngster struggled to deal with the marauding runs of Charles N’Zogbia. However, it was the away side that opened the scoring, courtesy of a Robin Van Persie spot-kick (his 34th in 2011) on 17 minutes. Theo Walcott had done superbly to get past Ciaran Clark before the Irishman pulled him back in the box.

Just after the half-time break the hard-working Villans got a deserved equaliser after Thomas Vermaelen’s weak pass was intercepted by Albrighton, who fired home that historic landmark goal. The home side pushed for the winner as the Gunners struggled, with another youngster, Emmanuel Frimpong, also finding it hard going.  However, Arsene Wenger’s men eventually snatched a late winner when sub Yossi Benayoun headed home, unmarked, from a Van Persie corner on 86 minutes. Villa’s resident nutter, Alan Hutton, was then sent off after two silly bookings in quick succession and that was that.

Alex McLeish will be livid at his side’s defending for Arsenal’s winner, while Arsene Wenger will be pondering strengthening his severely weakened squad in January.