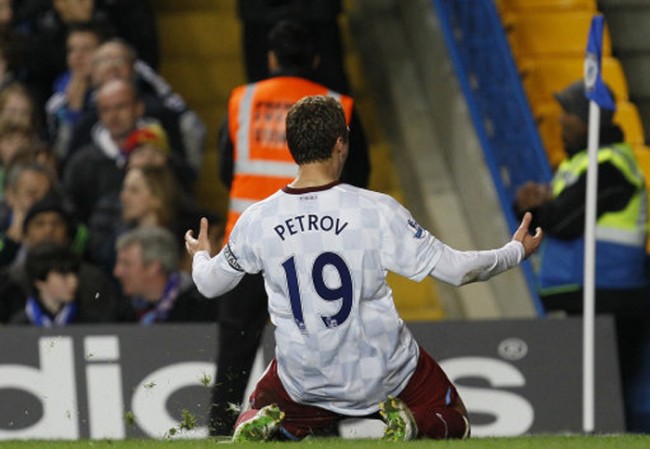 Coming only days after he was chastised by manager Alex McLeish for being photographed with a hookah pipe and drink in hand, Stephen Ireland rediscovered his best midfield form to inspire the Villans to a superb and surpirsing victory at Stamford Bridge.

Didier Drogba had put the Blues head on 23 minutes from the penalty spot, after Richard Dunne brought down the Ivorian in the villa box. However, the visitors were always in the game, and with Ireland prompting from an attacking midfield berth and Marc Albrighton and Charles N’Zogbia providing pace on the flanks, Villa were always a threat. Indeed,  the equaliser soon came after a superb run from N’Zogbia,  with Ireland netting from close range after his first effort was blocked.

After the break both sides went close, with substitute Fernando Torres hitting the crossbar with a superb long-range strike. However, captain Stiliyan Petrov scored Villa’s second on 83 minutes as the Blues once again struggled to deal with the visitors’ pace on the break. Then, just three minutes later, Ireland set up Darren Bent who slotted the ball past Petr Cech to secure a vital win for Alex McLeish’s side.

Villa now find themselves in ninth place with a spring in their step, while AVB’s Chelsea look in serious danger of missing out on even a top four place. The expected arrival of Gary Cahill may well help to shore up things at the back, but a larger rebuild is needed if the Blues are to seriously challenge Manchester City, both in the second of this season and beyond.