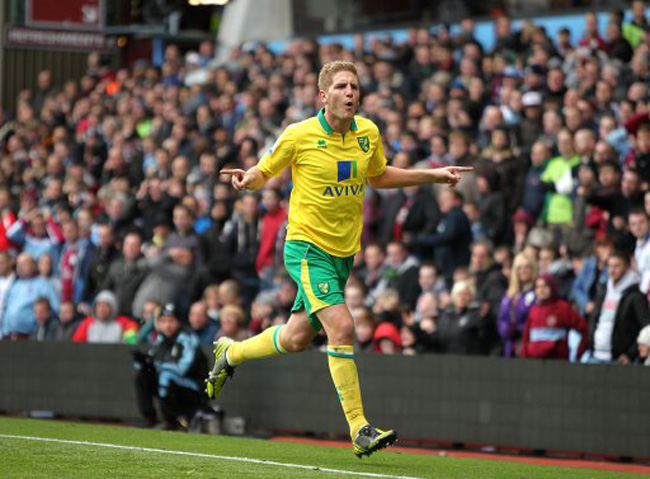 A second-half Michael Turner header gave Norwich a well deserved share of the points at Villa Park in the early game on Saturday. The first-half was rather dismal, with the visitors the better side. However, eventually Villa did break the deadlock, courtesy of Belgian hitman Christian Benteke (again keeping Darren Bent out of the team), who calmly slotted past John Ruddy on 26 minutes.

After the break, Villa went down to 10 men when Joe Bennett received a second yellow. With an extra man advantage, the Canaries pushed for an equaliser and were eventually rewarded when former Sunderland defender Turner nodded home a cross from Wes Hoolahan, who was the best player on the pitch by a mile. Chris Hughton’s men pushed for the winner, but with Brad Guzan in fine form, it never came.

The Canaries can be happy with their away point, coming on the back of their win against Arsenal, although they could have got more out of the game. As for Paul Lambert, the boos that rang out at the end of the game told him all he needed to know.