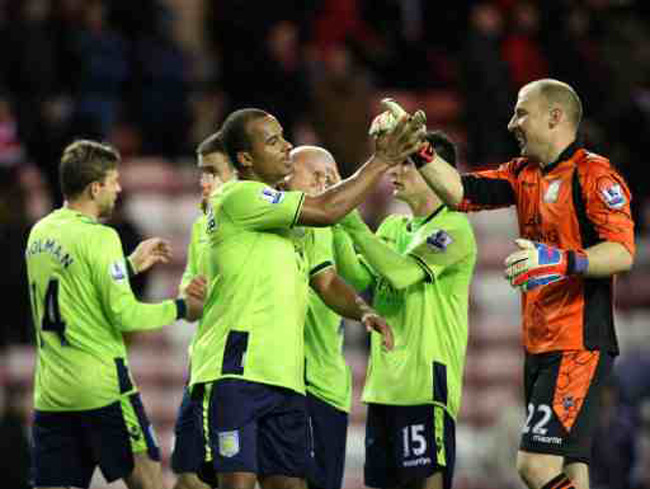 After a positive start to his stewardship of the Sunderland, Martin O’Neill has seen his side slide into mediocrity, culminating with an extremely disappointing home defeat to Aston Villa.

The likes of Seb Larsson and Adam Johnson once again failed to make much of an impact on the game for the home side, while the Villans looked the more likely to score before the break. However, it took until just beofore the hour-mark for the deadlock to finally be broken, when Gabriel Agbonlahor ended his league goal-drought after a knock-down from Christian Benteke.

O’Neill’s men tried to get back in the game and wanted a penalty when the ball struck Benteke on the arm, only for referee Mike Jones to wave away the protests.

Following their midweek cup defeat to Middlesbrough, Sunderland are enduring a very difficult period, and the pressure is surely now on O’Neill to turn things around. As for Lambert, his second league win of the season sees the Villans move level with the Black Cats, five points clear of the drop-zone.