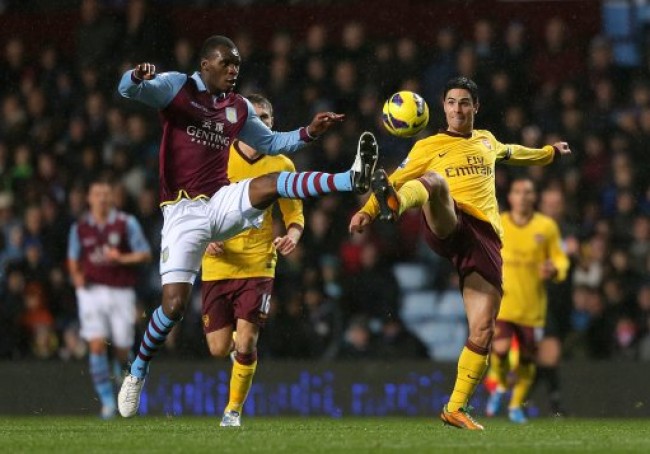 Aston produced a well-drilled, organised performance against Arsenal in the late game on Saturday with the Villans deservedly taking a home from the clash.

The Gunners struggled to click into gear throughout what was a rather dull affair in a rain-sodden Villa Park, with Laurent Koscielny and Aaron Ramsey spurning the visitors’ two best chances.

Paul Lambert’s young Villa side were a match for the lacklustre Gunners with Christian Benteke proving a handful up front. However, it was Brett Holman who came closest to scoring for the home side, only to see his fine second-half drive tipped onto the woodwork by Wojciech Szczesny.

While Gooners will no doubt be disappointed by both the performance and the result, a clean sheet and an away point on an off day is no disaster while The Villa faithful, who see their side move a point clear of the bottom three, will have been impressed by the attitude of their fledgling side against one of the top tier’s big boys.