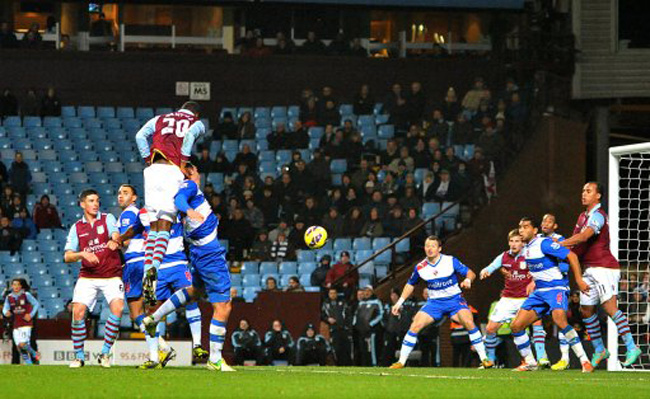 Much had been made of Darren Bent’s exclusion from even the bench on Tuesday night, but Paul Lambert’s decision to, once again, keep faith in Christian Benteke up front was rewarded when the Belgian striker fired home a late winner against Reading.

Both sides had their chances to win the game, with Austrian forward Andreas Weimann going close for the Villans and highly-rated defender Sean Morrison failing to make the most of a great headed chance for Reading.

However, in the end, it was big Belgian Benteke who would secure a vital win for Paul Lambert’s side courtesy of a powerful header late on. Villa now climb out of the bottom three, two points clear of Southampton. As for the Royals, they stay second-from-bottom with only nine points to show from 13 games.