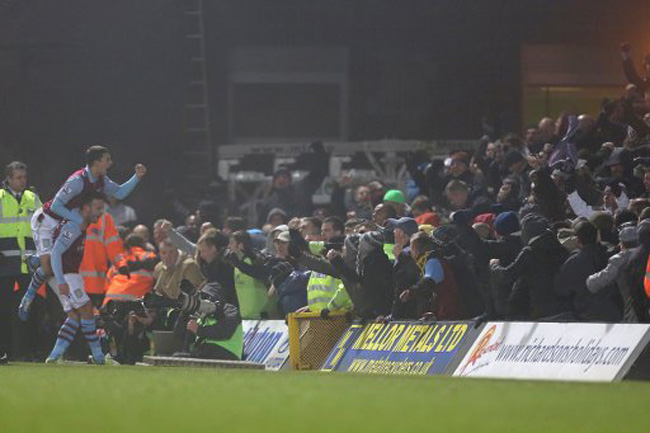 In his first visit back to former club Norwich, Aston Villa boss Paul Lambert saw his side overcome the Canaries courtesy of a 4-1 win.

Despite the scoreline, the game was pretty much well-balanced for long-stretches, with chances coming thick and fast for both sides.

Norwich opened the scoring after 19 minutes, when Steve Morison deftly fired past Shay Given. However, the home side’s lead only lasted two minutes before Brett Holman levelled.

After the break, goal-scorer Morison and his team-mates failed to make the most of a number of chances before Villa sub, Andreas Weimann, netted a brace on 79 and 85 minutes to send the visitors clear. Belgian hitman Christian Benteke then added to the Villans’ tally at the death to give Lambert a very satisfying win and a place in the last four of the competition.