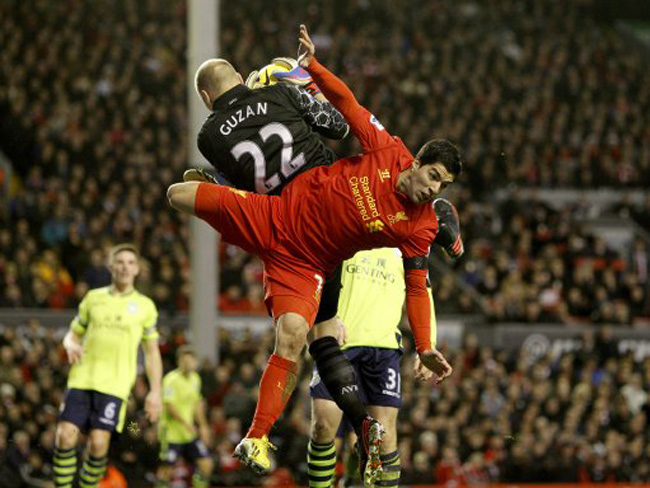 After recently talking up his side’s chances of bagging a top four berth come the end of the season, Brendan Rodgers and his Liverpool side were brought right back down to earth on Saturday at Anfield, with strugglers Aston Villa securing a superb and surprise 3-1 win.

Belgian hitman Christan Benteke was once again the star of the show for the Villans, bagging a brace and causing the Liverpool backline all sorts of problems over the 90 minutes.

The Reds had started the stronger, but failed to make their good play count when Benteke opened the scoring on the half-hour mark, firing in off the post. The Belgian then set up Andreas Weimann for Villa’s second, courtesy of a clever back-hell.

Joe Cole came on in the second-half, but the Reds failed to get themselves back in the game. Indeed, it was Cole who gave the ball away for Benteke’s superb second (and Villa’s third), with just six minutes of the second period played.

Steven Gerrard did manage to bag a consolation goal late on, but the result will come as something of a shock for the Reds. As for Paul Lambert’s Villa, they now find themselves three points clear of the drop-zone.