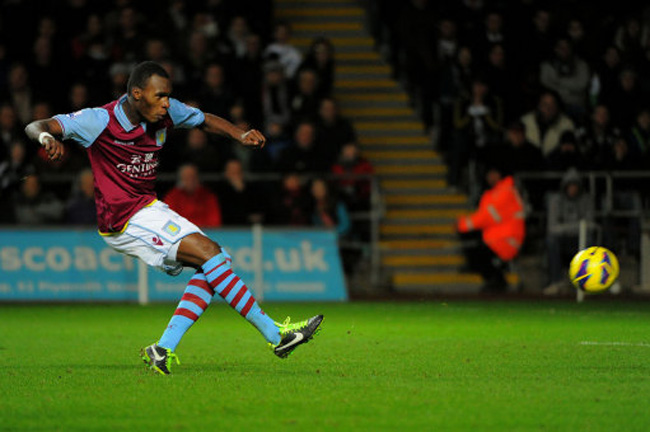 A very young Aston Villa side came within a whisper of securing a superb victory at the Liberty Stadium on Tuesday, only for Danny Graham’s last-gasp equaliser to break the Villans’ hearts. Although, to be honest, a point away at Swansea is still a fine result for Paul Lambert’s struggling Villa side.

The home side totally dominated the first period and were ahead after just nine minutes, courtesy of Wayne Routledge. Michu was causing the Villa defence all kinds of problems with the Spaniard hitting the post twice and forcing Brad Guzan into a fine save. However, Michael Laudrup’s side failed to capitalise on their dominance and were hit by a sucker punch just before the break, when Andres Weimann fired past Michel Vorm after great play from Christian Benteke.

In the second-half, the visitors were much improved and got themselves ahead on 84 minutes after Benteke netted from the penalty spot (after Weimann was fouled by sub Nathan Dyer). However, the Villans’ precious lead was short-lived, as Danny Graham fired home at the death after intense pressure from the home side.

The draw sees Villa go a point clear of the drop-zone while the Swans go eighth.