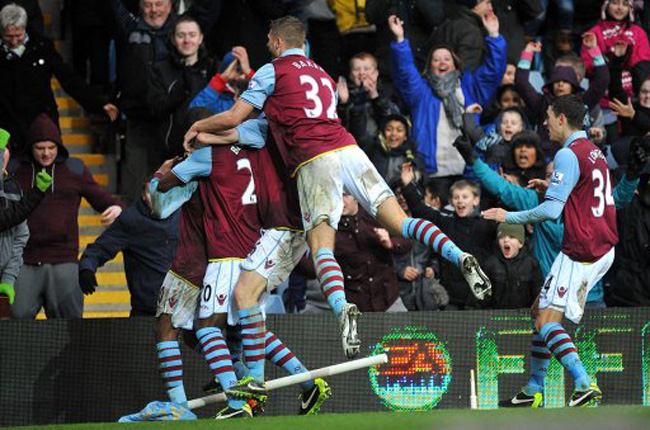 Andreas Wiemann missed an open goal for Aston Villa in the opening stages of what was a dour first-half, but luckily for the Villans, the striker’s miss didn’t prove costly as the strugglers went on to secure a vital win against West Ham.

After the break, the game improved considerably but it took until the 74th minute for Christian Benteke to open the scoring, courtesy of a coolly taken spot-kick. The penalty had come after an extremely clumsy challenge by Mark Noble on Charles N’Zogbia and things went from bad to worse soon after when the Frenchmen curled in a free-kick to put the home side 2-0 up.

However, Villa have struggled to hold onto their leads this season and a late OG from Ashley Westwood set up an extremely nervy last few minutes. But thanks to a number of superb saves from Brad Guzan, Paul Lambert’s men hung on to get the win which moves a point above the danger-zone.

Sam Allardyce’s Hammers, on the other hand, are now 11th.