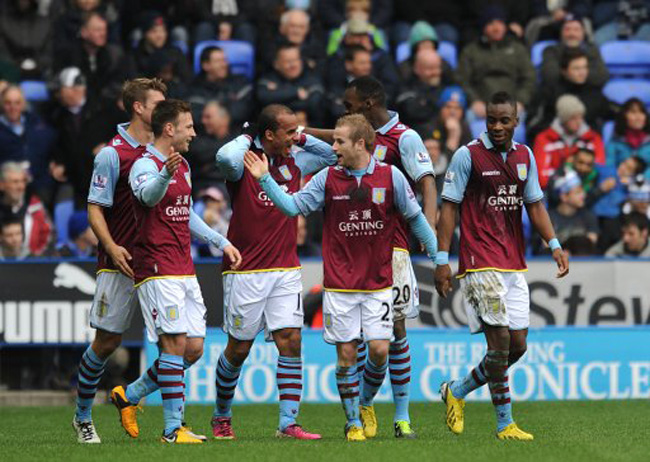 Aston Villa were the victors in a right old relegation battle at the Madejski Stadium on Saturday.

The home side had taken the lead on the half-hour mark courtesy of a rather fine sliced OG from Nathan Baker however, with two minutes Christian Benteke had levelled the scores for the Villans.

Villa now looked the far better side and took the lead just before half-time, when Gabriel Agbonlahor fired home from inside the box.

Brian McDermott’s side did their best to get back into the game but ultimately the Villans deserved the win and go three points clear of the drop-zone. The Royals, on the other hand, are now in serious trouble, second from bottom and four points from safety.

Belgian striker Benteke may not find himself amongst the likes of Van Persie, Searez and Bale when it comes to the player of the season gongs, but the star has surely been one of the best performers this season. Indeed, his goals may just keep Villa in the Premier League.