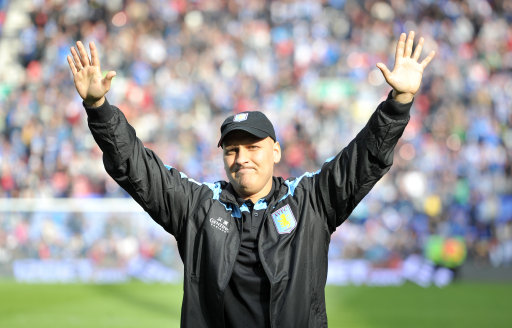 Stiliyan Petrov has politely requested that Aston Villa fans discontinue their 19-th minute tribute to him during every home game, telling supporters that “we all need to move on”.

For the uninitiated, Villa fans chant Petrov’s name and applaud during the 19th-minute of every game at Villa Park to pay homage to the former Villa captain, who was forced into retirement in May having been diagnosed with acute leukaemia back in March of 2012 – 19, of course, being the Bulgarian midfielder’s squad number.

Petrov, who now coaches Villa’s U21 side, told the Birmingham Mail that, although he’ll cherish the warm tribute he receives at Villa park forever, he now wishes to make a fresh start as he continues to fight his illness and that the Villa faithful should channel their support into backing Paul Lambert’s team of fledglings:

“Fans have asked me about it and I want to make clear that it was a great thing from the Villa fans, an unbelievable gesture which meant so much to me and my family through some of the toughest periods we had to endure.

“The fans have shown me so much love, support and respect and I will hold this forever in my heart but we all have to move on and I have no problem with this. I know they will always be beside me, they’re with me and I’m in their thoughts. That’s a precious and very humbling thing.

“When I went through the toughest times they stood beside me and I’ll never forget this. I know the fans will support the team this season in the same way they supported me because they showed how united they are and, as a club, we are looking forward together to the kind of exciting season it promises to be.”

Petrov also confirmed that he is planning to turn out in the upcoming “#19 Legends” charity match between two of his former sides, Villa and Celtic, at Celtic Park on September 8th, which will be the first time he’s played football since retiring to undergo intense chemotherapy.