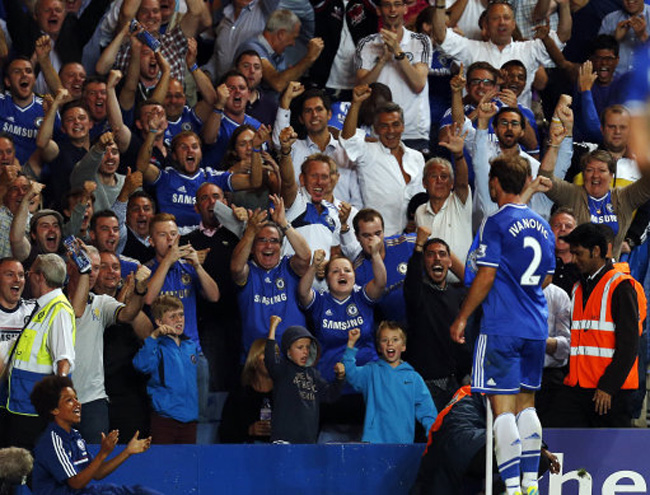 Branislav Ivanovic was the goal hero for Chelsea on Wednesday night, powering home a header to give Jose Mourinho’s men a 2-1 win against Aston Villa. However, it could have been so different for the Serbian defender, had referee Kevin Friend meated out more than just a booking for the Chelsea man’s elbow on Christian Benteke.

The home side had taken the lead on seven minutes, courtesy of a Antonio Luna own-goal before Belgian powerhouse Benteke levelled the scores just before half-time.

The Villans were impressive throughout, but eventually Ivanovic’s header on 73 minutes, a goal which added insult to injury for the visitors who were convinced the scorer should have seen red for his challenge on Benteke. Paul Lambert and co. were then incensed once again when Friend failed to blow for a penalty when John Terry looked to have blocked Gabriel Agbonlahor’s effort with his arm.

A dramatic and contentious night at the Bridge, indeed!