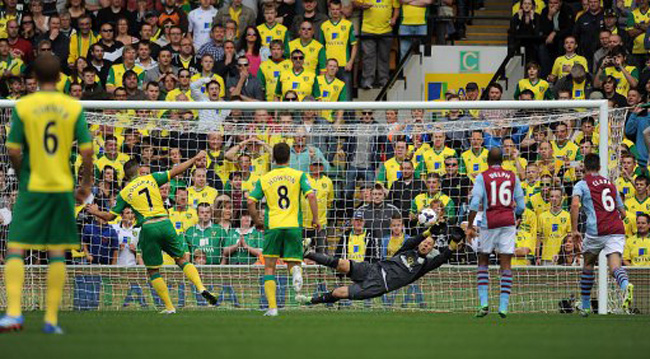 Ex-Lazio striker Libor Kozak was Aston Villa’s goal-hero at Carrow Road in Saturday’s early game, coming off the bench to score the only goal of the game on 30 minutes.

While Kozak, who had come on for the injured Christian Benteke, scored the winning goal, Brad Guzan in the Villa goal was the star of the show, saving a Robert Snodgrass spot-kick and producing a dominant display between the posts.

Snodgrass was the Canaries’ best player, but overall Chris Hughton’s side were poor, lacking any fluency as they went down to a deserved defeat. Villa, on the other hand, registered their first Premier League clean sheet in 27 games.