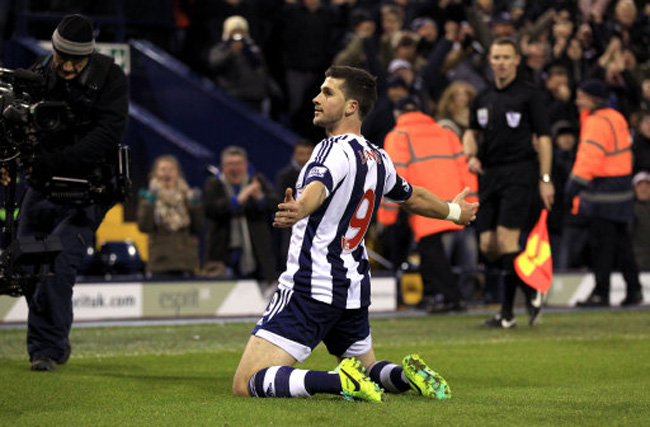 A quickfire Shane Long brace at the start of this west Midlands derby looked to have sent West Brom on their way to a valuable win on Monday night. However, a second-half rally from Aston Villa secured a vital point for Paul Lambert’s side.

Long’s first goal, after a long pass from Chris Brunt, was a superb effort from the Irish striker, who controlled the ball suberly before firing home, while the second came after an awful misplaced pass from Villa’s Leandro Bacuna.

On the hour-mark, Lambert sent on Fabian Delph, Gabriel Agbonlahor and Andreas Weimann and the latter was soon involved in the Villans’ first goal, which was scored by Karim El Ahmadi.  Soon after that the scores were level when an Agbonlahor cross eventually found it’s way to Ashley Westwood who belted home a long-range drive.

Prior to Villa’s comeback, the Baggies had chances to go 3-0 up and so Steve Clarke and co. will no doubt be feeling more than a little frustrated tonight. Both sides now find themselves beside each other in mid-table and on 15 points.