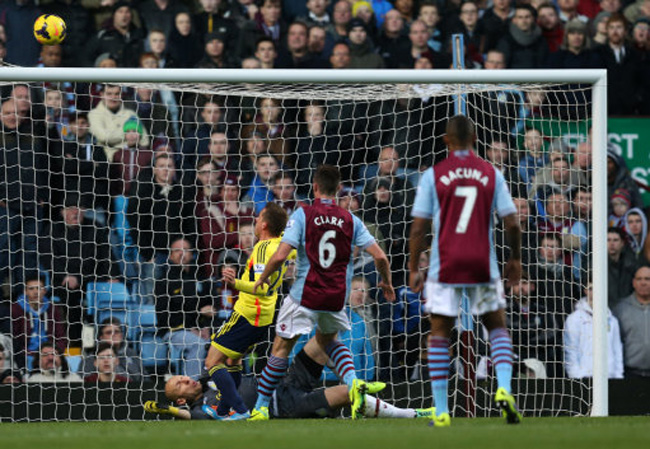 Sunderland produced an impressive display at Villa Park on Saturday, securing only their second away point of the season in a game they came very close to winning.

Emanuele Giaccherini was guilty of the worst miss of the game and possibly the season, with the Italian somehow firing over from just four yards out. Fellow Italian Fabio Borini then headed against the frame of the goal as the Black Cats while at the back, John O’Shea marshalled his defence superbly, with the Villans creating very few clear-cut chances.

The point sees Gus Poyet’s Black Cats go one place off the bottom while the Villans remain in mid-table.