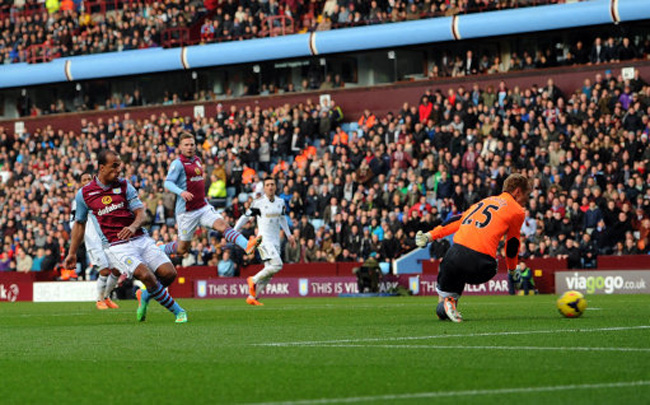 Aston Villa ended their four-game losing streak on Saturday, courtesy of a 1-1 draw with Swansea. However, judging by the boos from the home support at the final whistle, that’s hardly enough to impress the Villa faithful. Gabi Agbonlahor opened the scoring on seven minutes but before half-time the Swans were level, when Roland Lamah converted a Pablo Hernandez centre. In the second period, the visitors had most of the possession as expected but couldn’t find another goal. Villa are now four points clear of danger with Swansea a point better off than Paul Lambert’s men