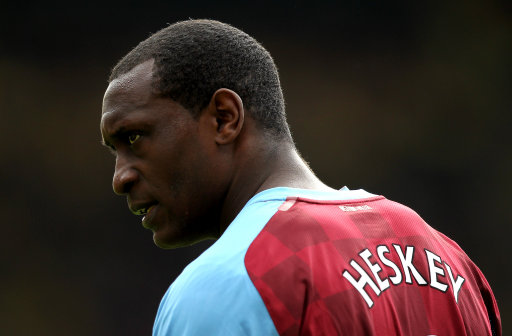 Sad, sad news this morning that the poo-poo heads in government have rejected a petition to have Emile Heskey become a knight of the realm.

The petition was started on the 10 Downing Street website last month by Leicester fan Daniel McCarthy and called for Heskey to be awarded a knighthood for his “services to football”.

McCarthy’s appeal to the Department of Culture Media and Sport read: “Emile has changed the way the game is played, he is an experienced, well-loved and all round genius player.”

Well, sadly as it happens, the government saw fit to argue – with the Heskalump petition being dismissed by jobsworth Whitehall officials on the grounds that “[petitions] about honours and appointments are excluded from consideration under the rules.”

Rules? Pah! Would Emile Heskey play by the rules? HELL NO!

Any road up, this poor guy’s going to be heartbroken…