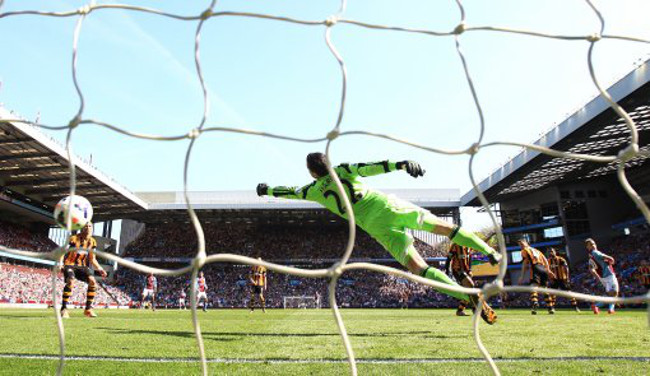 A brace from Andreas Weimann has all burt secured Aston Villas presence in next season’s Premier League as the Villans enjoyed  a 3-1 win at home to Hull. Ashley Westwood had opened the scoring in the the first minute but Jordan Bowery, an early sub for Gabriel Agbonlahor, put through his net on 28 minutes to level the scores. However, Weimann then added his brace before half-time as the Villans looked to secure an all-important win.

In the second-half Hull, who still have an FA Cup final to look forward to, struggled to stage any kind of comeback with Paul Lambert’s charges ultimately running out deserved winners.