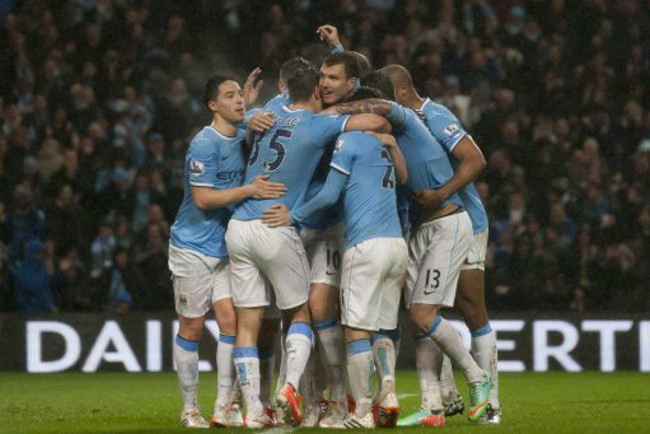 Manchester City move to within touching distance of the Premier League title after overcoming a resilient Aston Villa side at the Etihad on Wednesday night.

Paul Lambert’s men defended impressively throughout but the home side eventually made the breakthrough just after the hour mark, when the in-form Edin Dzeko netted from close range, with the big Bosnian adding a second soon after. Stevan Jovetic then made it 3-0 before Yaya Touré netted at the death.

The Citizens go two points clear of second-place Liverpool with just the last day of the season to go meaning a draw against West Ham will more than likely suffice for Manuel Pellegrini’s side, who have a much superior goal difference to the Reds.