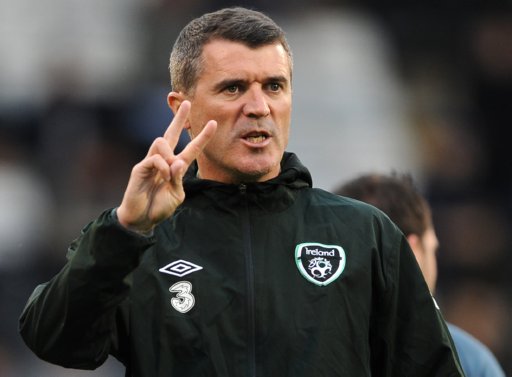 “Hey Joe, get a feckin’ wriggle on or these two are going straight up yer bollocks!”

As of moments ago, Aston Villa have announced that Roy Keane has joined their managerial staff as Paul Lambert’s second in command.

A deal has been struck that will allow Keane to retain his similar position with the Republic of Ireland, granting him special leave for international games.

“I am delighted to be joining Aston Villa and I look forward to what promises to be an exciting challenge.

“I am grateful to both Villa and the Football Association of Ireland for making this happen and I would like also to thank Martin O’Neill.

“I am relishing the prospect of linking up with Paul Lambert and combining both roles to the full advantage of both Villa and Ireland”.

Speaking of Lambert, the Villa manager had this tosay on Keane’s installation as his right-hand man:

“Roy has a great knowledge of football, on the coaching side as well, and he’ll be a great asset and a big help to everybody here at Aston Villa.

“I’m really looking forward to working with him and I’m delighted that he’s here.”