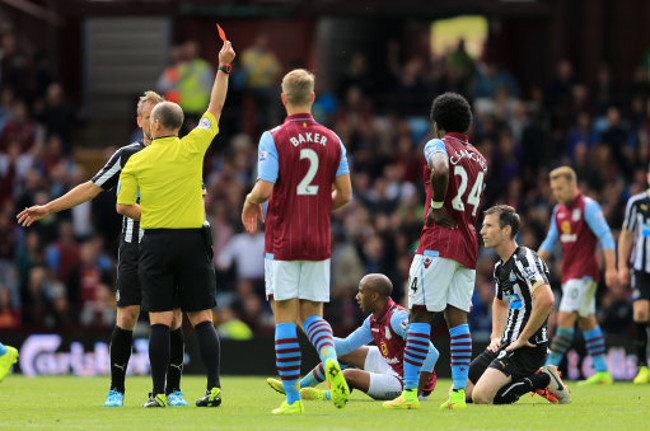 This game was never going to be a goal-fest and true to form, these two sides played out a dismal goalless draw in Saturday’s early game.

While both sides struggled to create clear-cut chances, it was Newcastle new-boy Siem De Jong who could have won the game late on. After the Dutch midfielder’s miss Mike Williamson was shown red for a second bookable offence  as the game petered out.

While Paul Lambert will be reasonably satisfied with his side’s defensive display, Magpies’ boss Alan Pardew will be hoping his summer-signings will start to provide that much-needed cutting edge which was certainly missing at Villa Park.