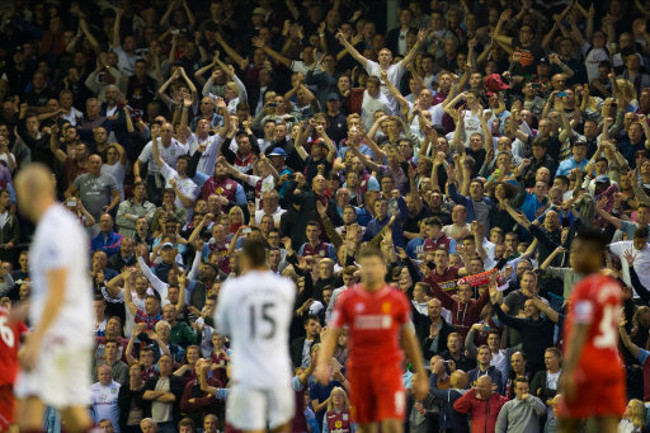 With Daniel Sturridge out injured and Raheem Sterling on the bench, a new-look Liverpool side struggled badly at home to Aston Villa on Saturday, with the Villans securing a fine win.

Gabi Agbonlahor was the goal-hero for the visitors, netting after a Philippe Senderos header had been blocked following a corner. That goal came after just nine minutes but for the rest of the game, new-boys Mario Balotelli, Adam Lallana and Lazar Markovic all struggled to provide the creativity and cutting edge needed to break down a resolute Villa backline.

Villa held firm until the end, despite the Reds going close late on, with the Birmingham giants’ superb unbeaten start to the season continuing. As for Brendan Rodgers and Liverpool, they look far from a side capable of challenging for the title this season.