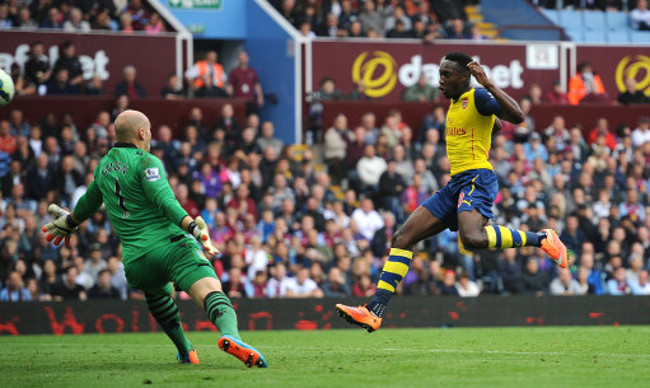 Arsenal bounced back from their 2-0 Dortmund defeat by comfortably outclassing Aston Villa on Saturday.

Mesut Ozil, a player who has been the subject of much criticism this season, finally produced a performance worthy of his talent with the German scoring the opener before setting up Danny Welbeck to open his own Gunners’ account.

All three goals in the game came in an incredible four minute spell in the first half, with Ozil’s goals on 32 minutes, Welbeck’s on 34 and the final goal of the game, courtesy of an  Aly Cissokho own-goal, on 36 minutes.

The Villans had been hit by a virus before the game meant that Nathan Baker and Ashley Westwood were both missing. However, they had started the match well enough. But once those three goals went in, it was game over.

In the second-half, the Gunners closed out the game impressively and fans of the club will be hoping that Ozil can now kick on and produce these sort of performances on a regular basis.

As for Paul Lambert and Villa, they still find themselves in third spot, a point above the Gunners.