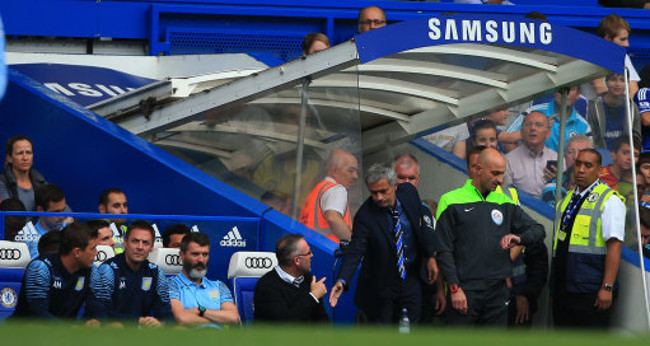 I’ve always found Jose Mourinho’s penchant for shaking hands with the opposition manager and then disappearing down the tunnel before the game has actually ended as rather disrespectful.

The Chelsea boss attempted the same thing during his side’s comfortable 3-0 win against Aston Villa on Saturday, only for Villans boss Paul Lambert and his assistant Roy Keane (just off camera) to pretty much ignore the Portuguese manager’s offer of a handshake.

Good on them, I say!