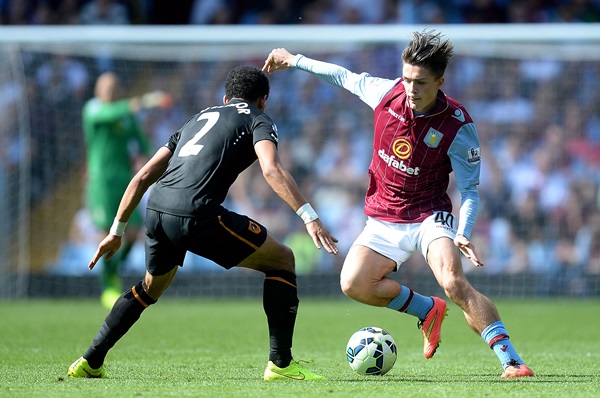 Coming with the requisite fleet feet and abysmal “One Flew Over The Cuckoo’s Nest” haircut so beloved of young footballers at the moment, Jack Grealish has been singled out for greatness by Aston Villa fans following a sequence of impressive first-team cameos this season.

Despite Grealish having represented the Republic of Ireland at international youth level since the age of 14, having now garnered six caps for the U21s, reports are circulating that England are attempting to commandeer the 19-year-old winger’s services at senior level what with him coming through the Aston Villa academy and all.

However, in a bid to tempt Grealish into sticking with the Republic of Ireland at senior level, the head of Ryanair has left a tempting offer on the table for the young Villa midfielder: free flights for him and his family.

Ryanair CEO Michael O’Leary has offered Grealish’s entire clan free flights to travel and watch Jack’s senior international debut wherever in the world it may take place – provided, of course, he makes it in a green jersey.

According to the Irish Independent, O’Leary made the offer to Grealish’s father and agent, Kevin, when the pair met during Aston Villa’s 3-0 defeat to Chelsea at the weekend.

Grealish’s line manager at Villa, Roy Keane – who, lest we forget, is also Martin O’Neil’s assistant with the Republic of Ireland national team – is eager to get Grealish on board, saying:

“He’s a really good player and I enjoy working with him so we’d love to have him on board.

“We know we haven’t got a massive group of players to pick from, so if he comes on board it’ll be absolutely fantastic.

“I think he’s got a chance of being a really good player.”

If Roy’s keen then we’d go as far as to predict that Grealish will be an Ireland international by the end of the year.

We have a feeling Keano can be pretty…y’know…”persuasive”.