A cracking way to start the morning, with the cockle-warming news that former Aston Villa and Celtic midfielder Stiliyan Petrov is back playing football again after being forced into early retirement in May 2013 after being diagnosed with leukaemia the year earlier.

Petrov has signed on with local side Wychall Wanderers, who play in the Solihull Over 35s Sunday League.

Here he is look, happy as Larry… 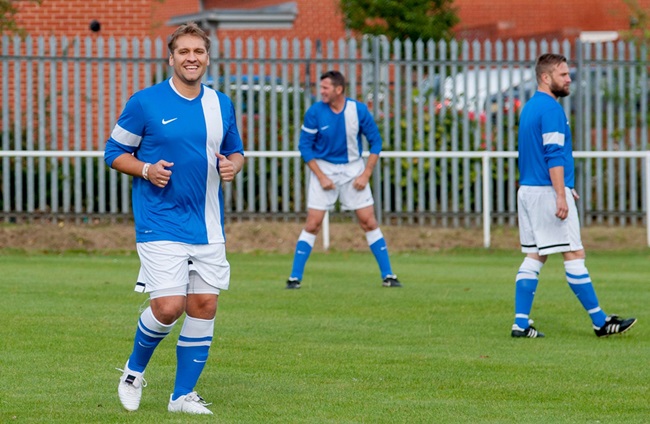 Having played three games for Wychall, including a goal-scoring turn in a 5-3 cup victory, Stan, who is now in remission, told the Birmingham Mail that he’s just glad to be back playing the game he loves again.

“It’s a good laugh and they’re competitive games. It’s just really nice to be out there playing a proper game.

“I’ve played 90 minutes total and my fitness is improving but I need to be patient.

“As far as my position goes, you have to go where you’re needed! Sometimes only 12 players are there!”

The Birmingham Mail have a few more photos of Stan in action for Wychall.

Fun fact: Petrov is joined in the Wychall squad by none other than ex-Coventry defender David Busst – famous for one thing and one thing only.