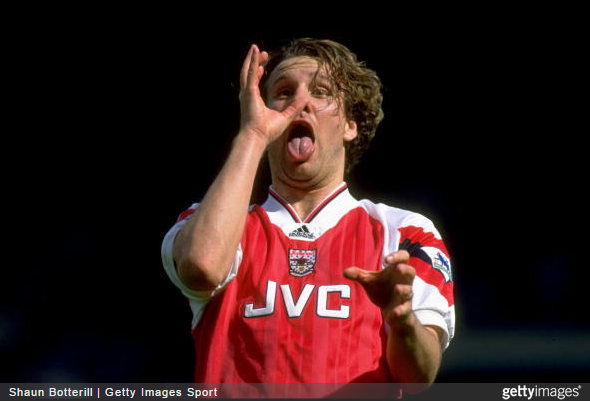 You may know him as the enthusiastic, jibbering, permanently confused court jester on the Soccer Saturday panel, but before Paul Merson committed himself fully to mangling even the most straightforward of common English phrases, he was a bloody good footballer.

From the very point he burst onto the scene as a youngster with Arsenal (quite literally: he scored three goals in his first five starts!) in the mid-to-late 1980s, Merse cultivated a weird dissonance between his creative, intelligent, flamboyant football and his silly, wibbly-wobbly wally personality.

Merson had a fantastic touch, an ability to dictate attacks, rake balls hither and thither and an eye for a whip-smart finish to boot.

He also possessed a nigh-on peerless outside-of-the-boot pass/cross that really came to the fore as he moved into the latter, post-rehab half of his career at Middlesbrough, Aston Villa and one mesmeric 12-goal season with Portsmouth.

Paul Merson was a joy to behold…most of the time. 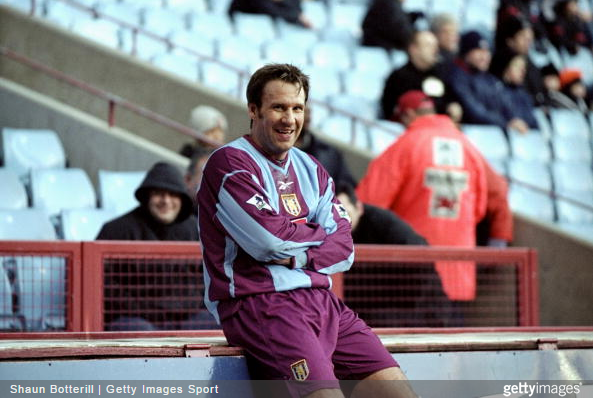 So why so underrated? Well, Merson’s myriad self-destructive extra-curricular pursuits have almost definitely counted against him over the years, to the point where he’s perhaps more prominently remembered for his prodigious Class A intake than his god-given football chops.

He bowed out with 21 England caps over the course of seven years. A player of his innate ability (see: Le Tissier, Matthew) should really have finished up with double that.

Booze/cocaine/gambling/all of the above addictions can often be juggled with mercurial talent to maketh the cult hero, but Merson was just a bit too slovenly-looking with it to truly get away with it.

Put it this way: David Bowie reclined louchely upon chaise lounges in immaculate cabaret ensembles while eroding his septum away to nowt in the late 1970s. Merse just looked sweaty, overweight, hung-over and half-cut.

He openly admitted (after retiring) that he only moved to Middlesbrough in 1997 because they offered to double his wages. He was gambling a lot at the time, you see.

Indeed, asked whether or not he made the most of his career during a 2006 interview with FourFourTwo, Merse replied:

“I agree that I could’ve gone on and done better, maybe got more caps for England, but I did okay.”

“I played on for Arsenal, won trophies, got promotion with ‘Boro, got to the Carling Cup Final, got promoted with Portsmouth, got to the FA Cup Final with Villa, won their Player of the Year a few times on the trot.

“Oh, and then I went to Walsall and got relegated twice in three years and sacked!

“But take that away, I did alright. It just ended on a f**king low!”

Oh, but the highs…the glorious highs (not those highs)!

More in the Criminally Underrated series…