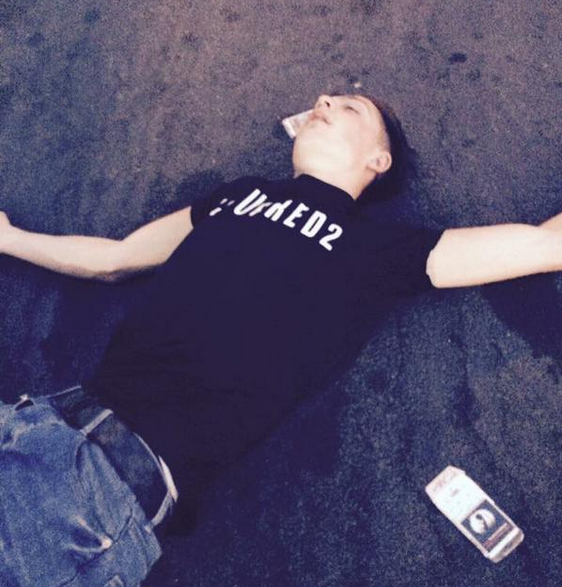 Once again, the tabloids are ablaze this morning after Aston Villa youngling Jack Grealish was pictured lying prostrate and paralytic in the road while on holiday in Tenerife.

Grealish’s drunken husk was discovered by local resident Briony King, who found him passed out in the street outside her apartment.

At first she admittedly had no idea the 19-year-old lad asleep in the gutter was a Premier League footballer, but Twitter duly filled her in on the details after she posted the photos online…

Several hours after the pictures of him lying banjaxed in the street began to circulate, Grealish had sobered up just enough to Tweet “I’m on the floor apparently!”

Anyway, at least we can put the nationality tug-of-war to bed. He’s definitely English.