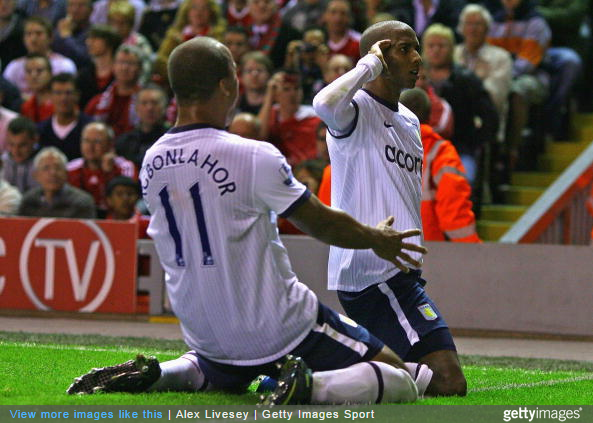 Back in the days when an away win at Anfield was a rare thing, the signs weren’t good for Aston Villa when they arrived for this early-season encounter. They hadn’t won at Liverpool’s ground for eight years, and had already lost at home in the league to Wigan and in the Europa League to Rapid Vienna.

But in the 34th minute, Lucas Leiva inadvertently headed an Ashley Young cross into his own net to give the visitors the lead. Just before half time, centre-half Curtis Davies headed in at the near post to double Villa’s lead.

Liverpool piled on the pressure, forcing Villa to mount a tremendous defensive display. On 72 minutes, Fernando Torres pulled one back, but three minutes later Steven Gerrard fouled Nigel Reo-Coker in the box and Young slotted away the penalty to wrap up three points for the Villans.

Villa manager Martin O’Neill rather predictably called it “a terrific win”, while Reds’ gaffer Rafa Benitez forcibly admitted “we are not playing well”.

It proved a key win, with Villa finishing the season a place and a point above Liverpool, although both sides qualified for the Europa League.