Always a man to wear his heart on his sleeve, except when he was wearing a gillet, Tim Sherwood was given the elbow by the powers-that-be at Aston Villa on Sunday afternoon, after just eight months in charge. 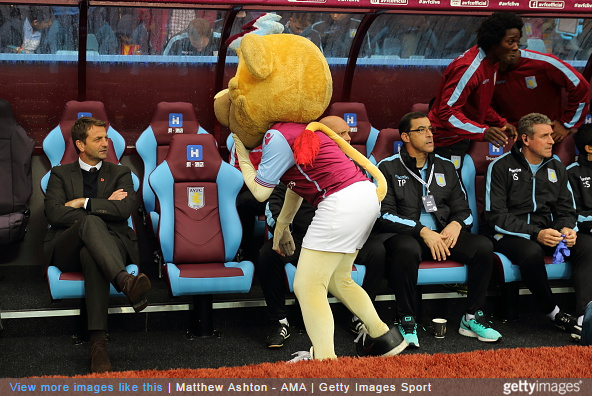 Defeat to Swansea City on Saturday sealed the 46-year-old’s fate, with his Villa side languishing in the drop-zone courtesy of a measly four points from their opening 10 Premier League games. Overall, Sherwood won just 26% of his league games in charge of the Villans, a poor return albeit one better than either of the club’s two previous bosses, Paul Lambert and Alex McLeish.

Sherwood did manage to save Villa from relegation last season as well as taking them to the FA Cup final, after helping Christian Benteke to rediscover his best form. However, with his Belgian hitman moving to Liverpool, he failed to build on 2014/15.

Personally, I’ve always found Sherwood’s enthusiasm and openness refreshing. However, the results speak for themselves, with his demise inevitable.

Former Lyon boss (and ex-Arsenal player) Remi Garde is reportedly to already be in advanced talks with Villa about taking over while former Everton and Man Utd manager David Moyes is also apparently in the frame.