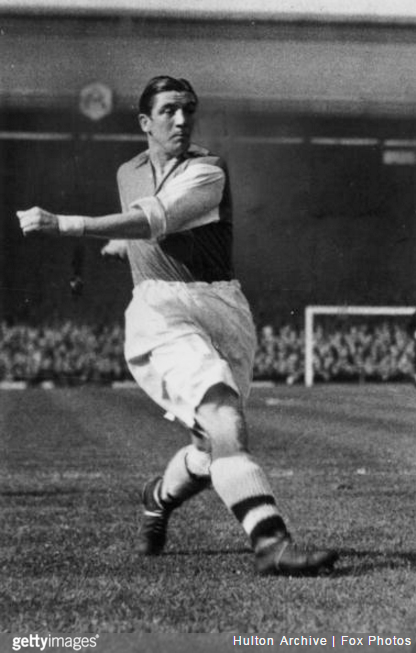 It’s safe to say that the majority of the 60,891 crowd that crammed into Villa Park for the visit of Arsenal on this day in 1935 didn’t go away with particularly fond memories of the match, but it certainly proved an historic afternoon as far as the visitors were concerned – thanks largely to the efforts of one man.

Indeed, Drake’s impressive haul against Villa is still the most scored by a player in any top-flight game.

What’s also remarkable about that record is that the seven goals came from just eight shots. Drake also claimed that the eighth crossed the line after hitting the woodwork too, but sadly the referee disagreed.

Drake scored 124 goals in 167 appearances for the Gunners between 1934 and 1945, and won two league titles and a FA Cup with the club. He’d started his career at Southampton, and went on to manage Chelsea to the Blues’ first league title in 1955.

He was also a pretty handy cricketer, turning out for Hampshire on the odd occasion during the 1930s.

Arsenal finished the 1935/36 season in sixth place. Villa, having conceded a hefty 110 goals, finished 21st and were relegated.