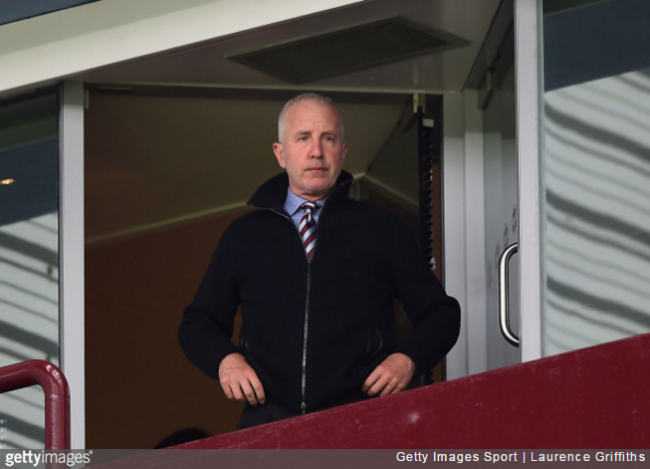 With pressure mounting, fans baying for blood and the team circling the Premier League drain, Randy Lerner – shrewd businessman that he is – recognised that it was high time for a change in the way Aston Villa is run.

As such, Villa’s American owner has shuffled his boardroom today in a desperate attempt to provide some much-needed stability, bringing in Steven Hollis as his new chairman.

Hollis, the former head of a Midlands tax auditing company, will work alongside chief executive Tom Fox as Villa attempt to stave off relegation and restore the club to its rightful place in mid-table.

Announcing Hollis’s appointment, Lerner proudly told the press just what the new chairman will be bringing to the role:

We anticipate Steve will give us additional reach within local business circles and government and quasi-government organisations.