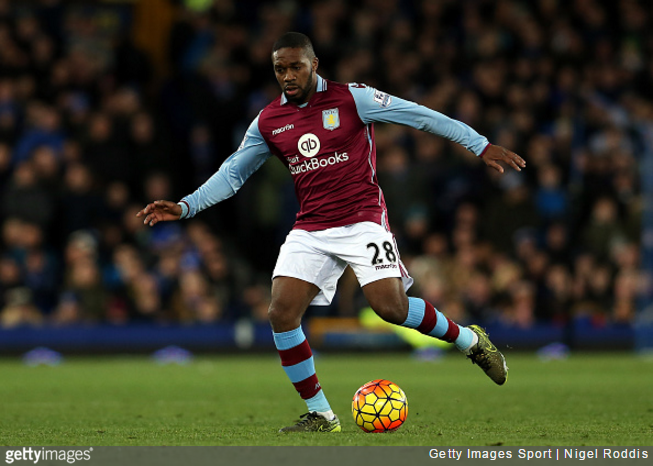 Charles N’Zogbia has made just two appearances for Aston Villa, amassing a grand total of 40 minutes of first-team football so far this season. In return for this great service he is paid more than £63,000-a-week – a fact he is more than willing to publicly confirm.

Despite Villa’s many and various attempts to get shot of him over the past few years, the French wastrel seems to be perfectly happy to wile away his massive five-year contract until it finally runs out this summer.

Given that he’s more concerned with dressing like a pillock than he is with playing football these days, it looks like they are stuck with him for the duration.

Indeed, in his latest attempt to endear himself to the Villa faithful, the 29-year-old responded to being called a fraud by asking his accuser out for lunch.

The fan in question, a young lady named Kirsten, fired an angry Tweet in N’Zogbia’s direction after reading a damning quote in the Mirror saying the winger was “in and out of the training ground before midday” on some days.

It would appear the slightly forceful chat-up line worked its magic.

After being scolded by a staunch N’Zogbia supporter (yep, there is one out there somewhere), Kirsten then added that she’d be more than willing to hear the player’s side of the story if he took her out for lunch.

The Villa wastrel replied saying “Let’s do it” before hastily deleting his Tweet.

Thankfully, Metro were on hand to preserve it for all eternity with a lightning quick screenshot… 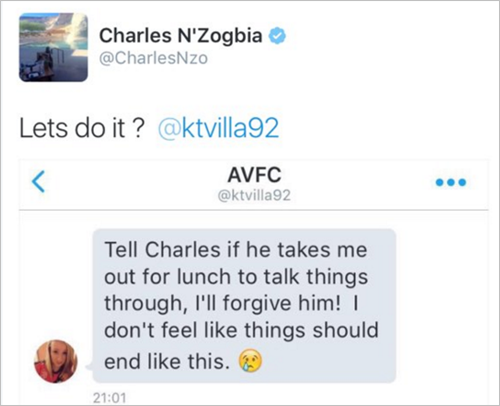 Several Villa fans then chimed in doubting that the luncheon had actually been arranged, though Kirsten remained adamant that the whole thing is going ahead…

To which we simply ask, what the hell is going on?