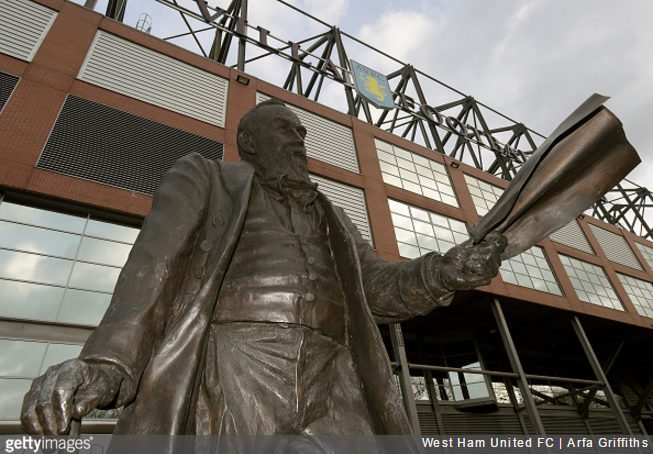 It all started 128 years ago today. On 22nd March 1888, the Football League was formed – the first such league competition in world football.

It was the top of the football hierarchy in England until 1992, when the top 22 clubs broke away to form the Premier League. The jury’s still out on that decision.

England’s original premier football competition was founded by a Scotsman, Mr William McGregor, who was a director of Aston Villa at the time. That’s him in the picture up there, stationed outside Villa’s ground. Well, not him – a statue of him, you understand?

McGregor got the ball rolling (almost literally) by writing and sending a letter to four other clubs on the second day of March, 1888.

The Villa director wrote to Blackburn Rovers, Bolton Wanderers, Preston North End and West Brom to tell them about his grand scheme for an organised football division.

I beg to tender the following suggestion that ten or twelve of the most prominent clubs in England combine to arrange home-and-away fixtures each season.

Three weeks later, a meeting was held at Anderton’s Hotel in London to discuss the plans. A further meeting on 17th April at the Royal Hotel in Manchester saw the name ‘The Football League’ agreed upon by all parties.

McGregor’s Villa were indeed among the 12 founding clubs that kicked off the inaugural season on 8th September.  The others were Accrington, Blackburn, Bolton, Burnley, Derby County, Everton, Notts County, Preston, Stoke City, West Brom and Wolves.

As for the final standings, this first ever hand-drawn table shows the unbeaten Preston ending the 132-game campaign top of the pile while Stoke brought up the rear… 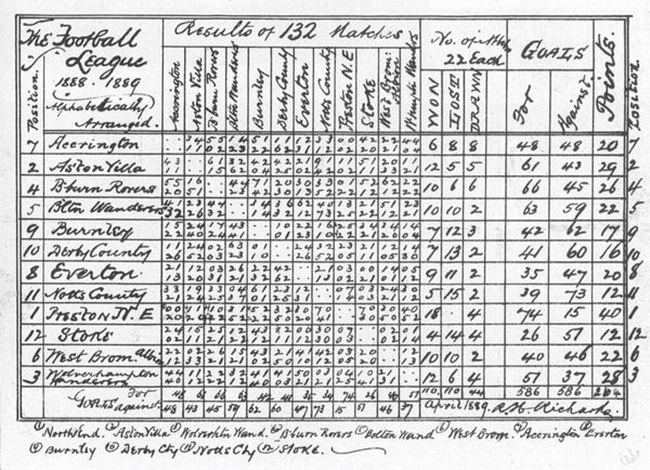