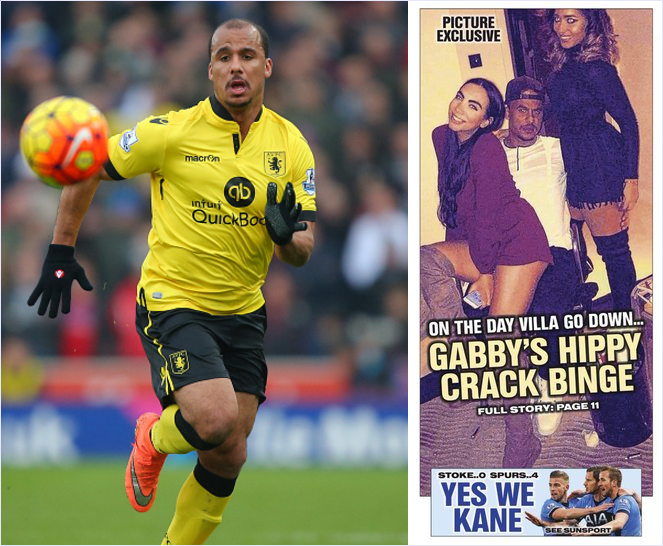 Aston Villa’s annus horribilis is spluttering to an end in fitting style with the news that the club have today suspended Gabby Agbonlahor over the striker’s latest tabloid snarl-up.

Over the weekend, The Sun reported that Agbonlahor had been photographed “downing shots” and huffing on nitrous oxide on a night out in London JUST HOURS after Villa’s relegation from the Premier League was confirmed. We’d probably want to drink to forget too.

Anyway, a statement on the official Villa site reads:

This is following allegations concerning his conduct at the weekend.

There will be no further comment from the Club in relation to this matter until the investigation has been completed.

The 29-year-old striker is currently completely out of the reckoning at Villa having only recently been reprimanded for his lack of fitness, weight gain and extra-curricular conduct.

On the upside, if he’s suspended then Gabby probably won’t be forced to adhere to his strict new dietary regime. Swings and roundabouts, eh?