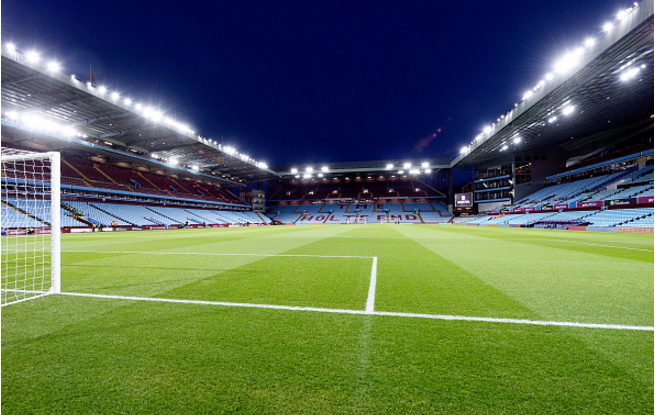 Not that it’s going to come as much consolation for their long-suffering fans, but Aston Villa are technically going to end the season with a trophy.

Indeed, Villa have landed the ‘Barclays Premier League Grounds Team of the Year’ award after the playing surface at Villa Park was ranked as the best in the top flight for 2016/17.

We are overjoyed to get this award. It’s a reward for the amount of time, dedication and attention to detail from the team, for which I would like to thank them.

Throughout my time here we have consistently been in the top five and highly commended for the playing surface at Villa Park.

This is an achievement in itself but to actually win the trophy is fantastic.

Referees initially award points for the state of the pitch as part of their match report. The points are then totted up and a top five is produced, which is when the FA playing surfaces committee step in and make the final call.

So, hearty congrats to the Villa groundstaff – though surely the players must take some credit given the sheer amount of manure they’ve spread over the paddock this year.