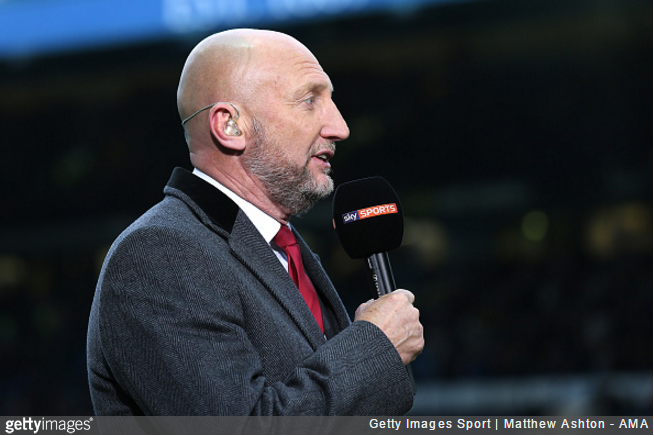 Ian Holloway has incurred the wrath of Aston Villa’s new owner, Dr Tony Xia, after predicting that his team would finish in the bottom half of the Championship this season.

In his guise at Sky Sports’ in-house Football League analyst, Holloway bashed out a predicted Championship table for the 2016/17 campaign which came complete with a less than stellar forecast for Villa, who he had washing up in 16th place after struggling to adapt to life in the second tier.

They could easily get relegated again, with the lack of investment and the lack of unity within the playing squad.

They’ve got Roberto Di Matteo, who is a wonderful man, but it’s a huge job to carry that expectation. It’s going to take something special to turn it around.

I don’t care who they’ve got on the bench or who’s running the club, they have to sort out the squad, the mentality and the crowd’s expectations.

It’s not going to be easy. Teams as big as Villa have suffered back-to-back relegations. They need to be really careful.

Having spent over £80million to purchase Villa in June, Xia quite understandably took umbrage at Holloway’s assertion of his investment and duly took to Twitter to give him both barrels. 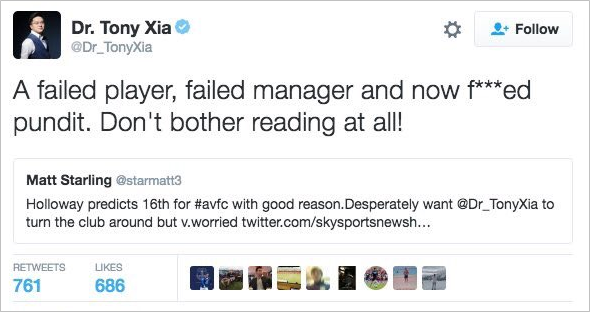 Wow. Hair-trigger hotheadedness mixed with an obvious lack of filter. The Championship just got (potentially) exciting all of a sudden.