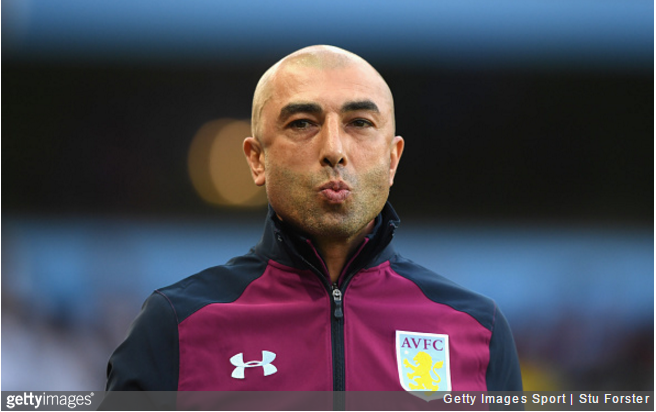 After just 124 days at the helm, Roberto Di Matteo has been sacked as Aston Villa manager this morning.

It would appear that Saturday’s 2-0 away defeat against Preston was the final straw, with Di Matteo departing with just one Championship win to his name in his 11 games in charge.

Villa have pulled the plug with the club wallowing down in 19th position in the Championship pile – this despite spending around £50million on nine players over the course of the summer.

According to the Guardian, Villa’s top brass viewed the Italian’s dismissal as little more than “a formality”.

The usual suspects are being mentioned as replacements, with Steve Bruce, Steve McClaren and Huddersfield coach David Wagner all shaping up as potential candidates for the vacancy.