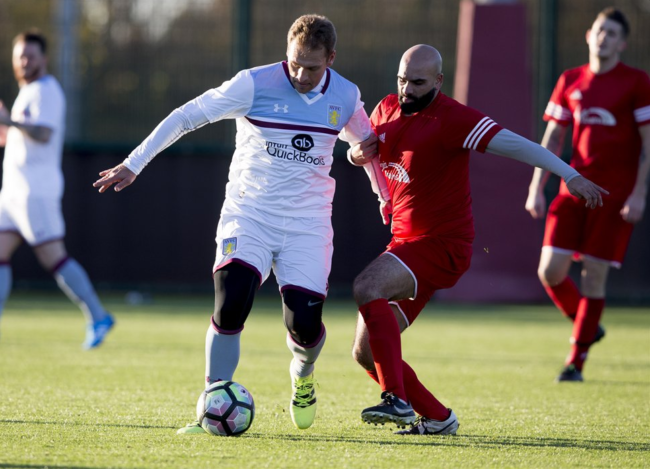 Having found themselves embroiled in a (very) minor Twitter spat a couple of months ago, Aston Villa opted to settle their beef mano a mano by sending a represetative XI to square off against Virgin Trains’ works team.

It all began in the wake of Roberto Di Matteo’s sacking in October, when Virgin seized their chance to engage in some corporate-approved social media banter with Villa… 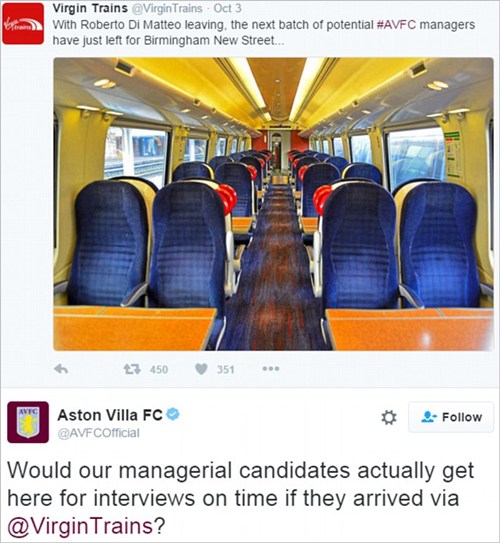 After going tit-for-tat for a few rounds, it all came to a head when Virgin slapped their testicles down on the table and challenged Villa to a winner-takes-all football match…

There’s only one way to settle this, @AVFCOfficial. Your place or ours? pic.twitter.com/l5y0q8RRR0

To Villa’s credit they eventually fronted up, proffering forth a team (which included Stiliyan Petrov) to square off against Virgin and settle the ‘social media grudge’ once and for all.

Perhaps unsurprisingly, the professional football club swiftly came out on top in a scintillating battle for the ages…

Happy to report we beat @VirginTrains 6-2 in the social media grudge match 😉😜 this weekend. We’re the best of friends again now! 👍 #AVFC pic.twitter.com/GibiGAMwUv

That’s that sorted then. Maybe we’re witnessing the future of Twitter squabbles here.

Next week: Gary Lineker versus Piers Morgan in a jousting tourney to the death.