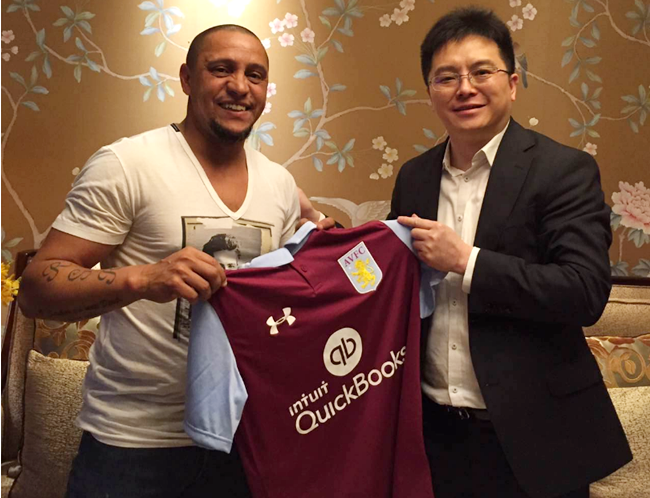 Roberto Carlos has been photographed posing with an Aston Villa shirt some 22 years after coming perilously close to signing for the club as a youngster.

Carlos bumped into Villa owner Dr Tony Xia, who posted the photos on Twitter while joking that he’d made the legendary Brazilian full-back his first signing of the summer…

Roberto @Oficial_RC3 told his story just missed to come to @AVFCOfficial in 97/98. Now this is the first sign🤝 💰this summer😜! pic.twitter.com/uKflJVLEms

Indeed, it was enough to fool some of the more gullible Villa fans out there into thinking Carlos, now aged 44, had come out of retirement to join the Championship club.

Not so, as it transpires – though it’s not the first time the two parties have had transfer-related dalliances.

As Carlos recently revealed, he once found himself being courted by both Villa and Birmingham City after playing for Brazil at Villa Park, against Sweden in the 1995 Umbro Cup.

“I met with the club, but nothing happened,” he recounted to The Sun a week or so ago.

“Birmingham were also interested, but it didn’t go anywhere and I later joined Inter Milan.”