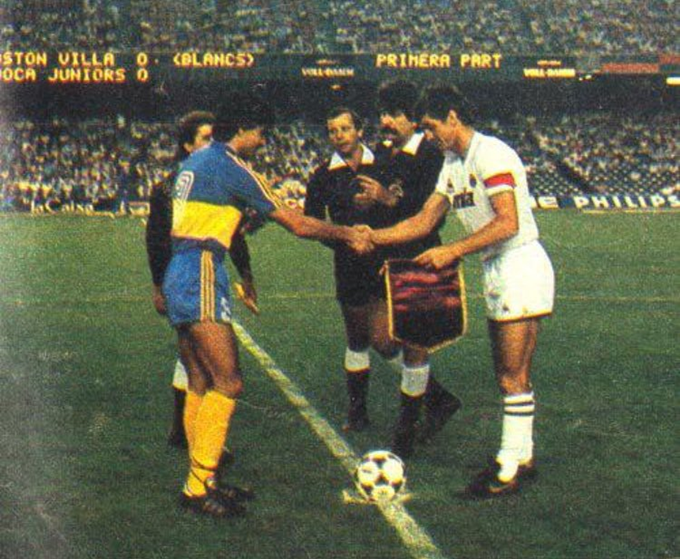 When it comes to head-to-head records, it’s safe to say that Aston Villa and Boca Juniors don’t exactly share a long or storied one.

In fact, the two sides have only met once and even then it was a semi-formal occasion.

As unlikely as it may sound, Villa and Boca faced each other at Barcelona’s Camp Nou in the third/fourth play-off match of the 1984 Joan Gamper Trophy.

Having won both the First Division title and the European Cup in the two previous years, Villa were invited to take part in the pre-season exhibition tournament in August alongside Boca, Barca and Bayern Munich.

Having drubbed Boca 9-1 (!) in the semi-finals, the Catalans – coached by Terry Venables – ultimately spanked Bayern 3-1 in the final to claim their 13th Joan Gamper crown in 19 years.

Villa and Boca were hence left to vie for a podium finish but alas a side boasting Peter Withe, Paul Birch, Steve McMahon, Alan Curbishley et al were unable to prevent their Argentinian opposition, coached by Alfredo Di Stefano, from sailing to victory on a witheringly warm evening.

So far, the 1984 encounter is the only meeting between Villa and Boca on record and, in all honesty, it’s difficult to envisage a sequence of events that could possibly lead to the two sides ever meeting again!