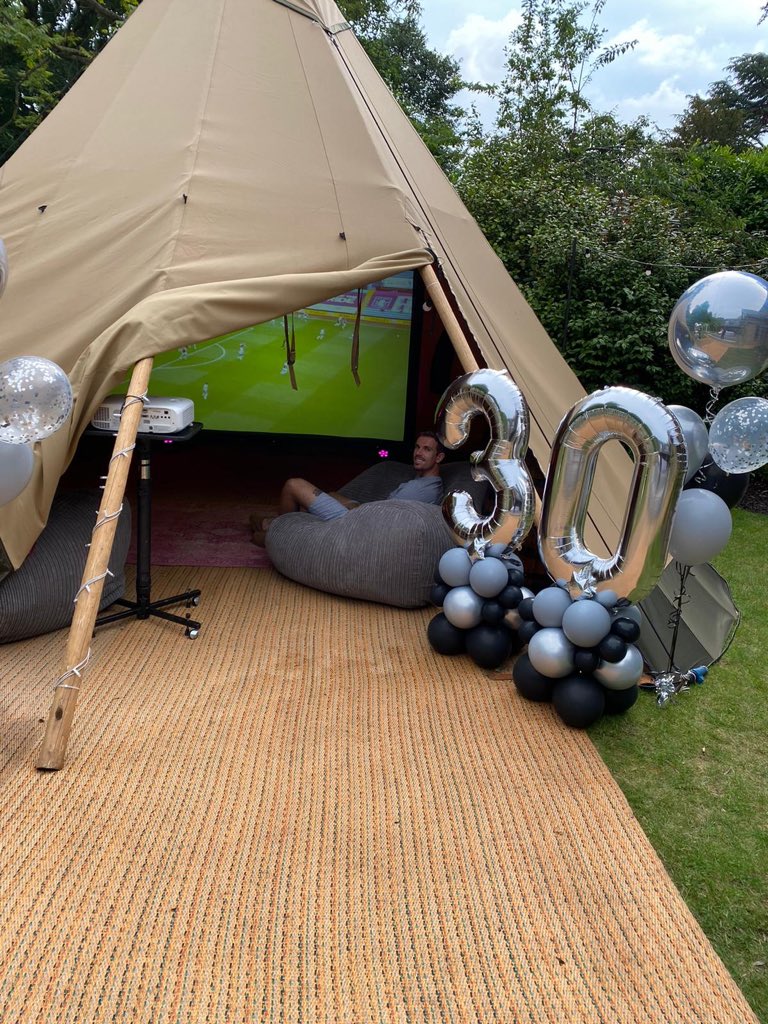 Liverpool captain Jordan Henderson is 30 today and he’s celebrating the landmark birthday in unforgettable fashion, as he showed us on Twitter in this thrilling Through The Keyhole-style glimpse (Henderson is pitching hard for a Celebrity Gogglebox slot). Let us count the ways:

It’s no Escape To The Chateau, but still, and in the words of Joe Fagin (not to be confused with Liverpool stalwart Joe Fagan), that’s living alright! Best of all though, Hendo is feasting his eyes on the high-end Premier League’s return from lockdown, also known as the inevitably goalless draw between Aston Villa and Sheffield United (a match report will not follow, but suffice to say it was mostly dull apart from a VAR mess that appeared to cost United a goal in the first half when the ball crossed the line but the technology said no, it didn’t, due to – hold on to your hats – significant occlusion).

The only truly noteworthy thing about Wednesday’s two Premier League fixtures (Man City eased past Arsenal 3-0 in the later kick-off, City helped by a calamitous display from the often-calamitous David Luiz, sent off after conceding a penalty) was that all four teams took the knee in support of Black Lives Matter: