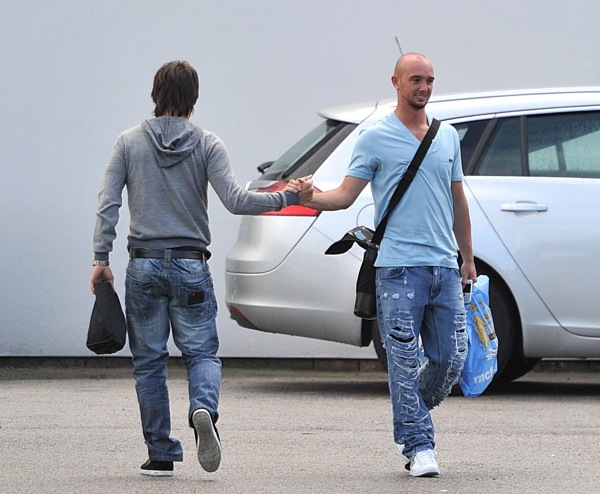 ON the same day that Mario Balotelli showed up, Manchester City’s Stephen Ireland (right) shakes hands with team-mate David Silva as he leaves the Carrington training ground, almost certainly for the last time as a City player. As we reported earlier today, Ireland is on his way to Aston Villa, with James Milner taking his place at Eastlands.

Boy, things are crazy at City right now. Even players who signed only last year must be wondering if they are in line to be upgraded.

It’s a shame things didn’t work out for Ireland at Eastlands. He’s a terrific player – with a whole lot more wit and imagination than Milner – with jam for brains and absolutely terrible taste in denim.

Ireland also chatted with City defender Vincent Kompany on his way out. Looks like he took the time to blag a couple of plastic bags’ worth of City goodies at least: 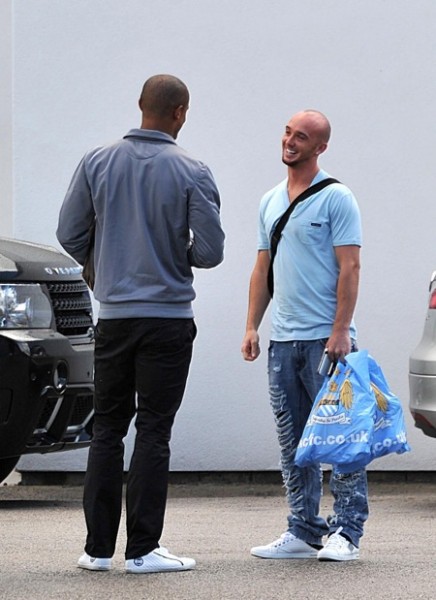 I think this pic deserves a caption…