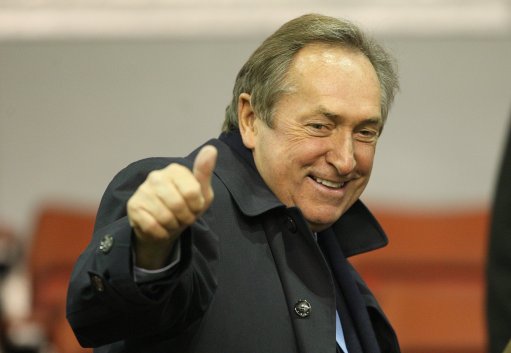 Former Liverpool manager Gerard Houllier has emerged as the prime candidate to be appointed as the new manager of Aston Villa, after being interviewed for the post by the club’s owner Randy Lerner.

Houllier, who has been serving as a technical director for the French Football Federation (presumably he’s been fairly busy of late) since leaving Lyon in 2007, is expected to be announced as Martin O’Neill‘s successor early next week.

Lerner has also interviewed Alan ‘Razzmatazz’ Curbishley and current Villa caretaker boss Kevin MacDonald this week, but it is thought that Houllier is currently the American multi-millionaire’s first choice.