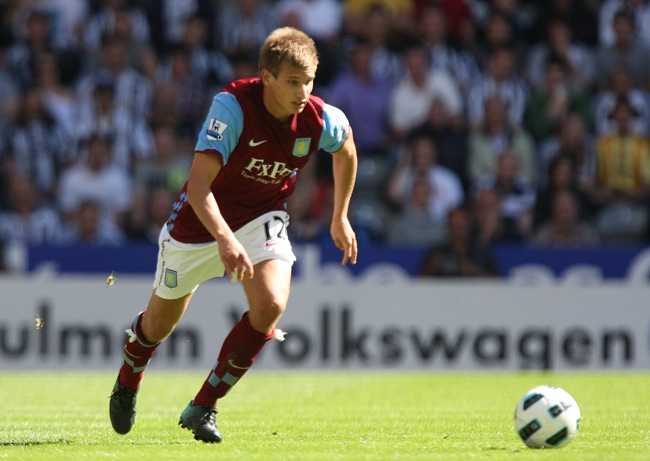 Good news for Aston Villa fans: Marc Albrighton has signed a new three-and-a-half year contract, which will keep him at the club until the summer of 2014.

Villa boss Gerard Houllier said: “The contract with Marc is until 2014. Marc has stepped up very well to the first team. Everything is about attitude – and his attitude is an example.

“He was devastated after being sent off against Burnley but he went to play for the reserves this Monday after being suspended for Sunday [the Birmingham derby, which ended 0-0].

“Kevin McDonald (Villa’s reserve-team coach) told me his work rate was fantastic, that his attitude and effort was an example.

“When you have the talent and the attitude, the commitment, looking after yourself, working hard in games… it means a lot. He enjoys playing.”

Albrighton has really impressed me this season and I know Villa fans rate him very highly. You can see why in this highlights reel…