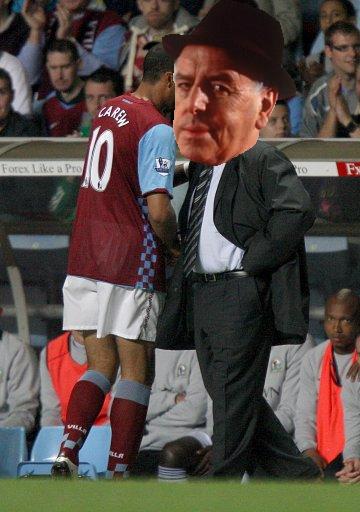 Beware the geezer with the bunny in the trilby hat

A jury yesterday heard how Aston Villa striker John Carew was conned out of over £200,000 by a dodgy car dealer after attempting to buy a brace of Porsches – as you do.

According to the Daily Mirror, Carew paid vehicular dealer Richard Esprit (bells would’ve rang when I heard that name) £110,000 in return for a Porsche Cayenne which he never received.

The Villa man also forked out £92,500 to buy a Porsche 997 and allowed Tricky Dicky to flog his BMW M6 on the cheap for him. Carew then found that he couldn’t register the 997 on it’s arrival as it was already logged in to the national database under someone else’s name.

The car was duly returned to Esprit, who refunded Mount Carew-vius by way of a cheque, which then failed to clear – with the cash still earmarked as being ‘missing’ to this very day.

‘You lie with dogs…’ and all that.