Villa captain booed during reserve game, but does he deserve it? 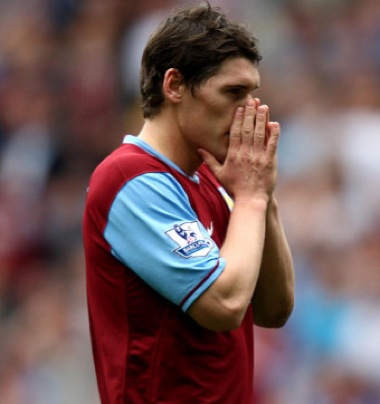 Barry was booed and jeered by a section of Villa fans when he played for their reserves against Walsall a few days ago – the fact that Barry ended up at the Bescot was a sign that Martin O’Neill wanted to make an example of his skipper.
The inevitable “Judas!” chant was aimed at Barry, as well as the traditional “You’re not fit to wear the shirt”. However, many Villa fans applauded Barry when he was substituted in the second half. 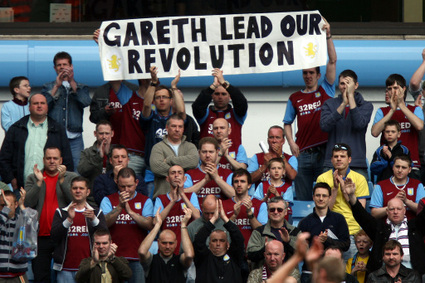 This is a far cry from last season, when Barry enjoyed arguably his finest campaign since he first joined Villa, back in 1997. He led by example, and fans loved him for it. He also broke into the England team, simply by playing better than central-midfield rivals Frank Lampard and Michael Carrick; Fabio Capello seems to rate him as highly as most Villa fans did.
With Martin O’Neill at the helm, and Barry in the form of his life, Villa fans could rightly look forward to the 2008/09 season, and the prospect of another top-six finish – perhaps the club could even snap at the heels of Arsenal and Liverpool.
Then Barry went and spoiled it all by saying something perfectly reasonable like “I fancy a move to Liverpool”.
It’s a terrible moment in a football fan’s life when one of their favourite players says he wants to leave the club. How can you not take it personally? For people to argue that it’s the same as any employee wanting to move to a bigger, more successful company – no, it’s blatantly not.
For example, say I worked for a local newspaper and had a chance to move to a national broadsheet. If I announced as much, no one would really give a shit. Newspapers may have avid readers, but they don’t have lifelong, diehard fans – that’s the difference.
Barry’s public moan at O’Neill for not making an effort to keep him at the club was the catalyst for a typically ugly chain of events. For the record, I think O’Neill has been fairly dignified in his treatment of both Barry and Liverpool.
It’s simple: Liverpool want to sign Barry, but they’re not willing to match Villa’s asking price. I think Barry is overvalued at Â£18m, but then he’s English, and all English players are overvalued these days.
I also think it’s unfair to boo Barry, who has been – cliche alert – a truly great servant to the club in the last ten seasons. Don’t you think that if he ends up staying at Villa Park – a real possibility now – that when he looks back on his career, he’ll wish he’d had the chance to prove himself at another club? Surely even the most ardent Villa fan wouldn’t deny him that chance.
Barry is not a Judas or a money-grabbing mercenary. Any intelligent football fan can see that. And so I think it’s grossly unfair to boo him. But then I’m a realistic fan, and not a Villa fan at that. All fans are entitled to voice their opinion – but to boo a player who has given so much to one club, that’s plain wrong.
And can any of us truly say that we wouldn’t do exactly the same as Barry if put in the same position? Villa are a big club, but Liverpool are bigger, have better players, and are more successful. You only get one playing career – make the most of it.
Diatribe over. Have your say. Leave a comment and vote below: