Who didn’t last the course? 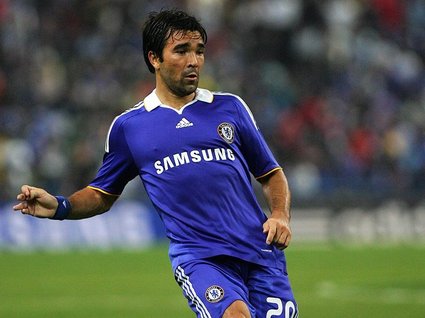 Deco (Chelsea)
It all started as planned: Deco scored a screamer on his Chelsea debut, at home to Pompey in the August sunshine, but it was quickly downhill after that. The Ronnie Corbett-faced Brazilian has been unlucky with a string of niggling injuries, but in no way can he be viewed as anything other than a failure. There is talk that Jose Mourinho wants to bring him to Internazionale (I doubt this), and no Chelsea fans would mind that, as long as their club made back some of the Â£8m spent on bringing Deco to the Bridge from Barcelona.

Gabriel Agbonlahor (Aston Villa)
The league is a marathon, but it seems Agbonlahor/Morph treated it like a sprint. He was great in the first half of the season, but went missing thereafter, causing some sections of the Villa faithful to boo him (he didn’t deserve it). Still, Villa’s thin squad didn’t exactly help the 22-year-old. Were he at Manchester Utd or Chelsea, for example, he’d surely have been rested many more times than Martin O’Neill could afford to.

Ashley Young (Aston Villa)
See Agbonlahor, but less so. Based on the first half of the season, the PFA Young Player of the Year deserved his award -Â he was excellent until the new year, and the main reason behind Villa’s top-four challenge. But like his fleet-footed team-mate, Young ran out of steam in ’09. Still, at 23 he has several seasons’ worth of improvement in him.

Amr Zaki (Wigan Athletic)
Zaki scored eight goals in his first 11 league games for Wigan, but the Egyptian (formerly rated the world’s No.1 striker) faded faster than a Henna tattoo, and managed just two goals in his last 18 league appearances under Steve Bruce. Wigan’s boss has opted not to take up an option to make Zaki’s season-long loan from El Zamalek into a permanent transfer. It’s the right decision.

Samir Nasri (Arsenal)
The nimble Frenchman made a promising start to his Arsenal career, scoring both goals in the Gooners’ 2-1 win against Man Utd at the Emirates in early November. Since the turn of the year, however, he has been very inconsistent and although he’s had the odd decent game -Â he was Arsenal’s best player in their Champions League semi-final defeat at Old Trafford – I think there is much more to come from Nasri; two goals in 2009 is not quite good enough. It wasn’t all his fault though: as an attacking midfielder who thrives playing through the middle, he was too often shackled in a wide position.

Geovanni (Hull City)
I’ll leave it to Sky pundit Charlie Nicholas (who is capable of talking sense) to comment on Geovanni’s season of two halves: “I don’t know where Geovanni’s gone in the last four or five months. The quality we got from him in the first period of the season compared to now is night and day. I don’t know if he’s lost his focus or his appetite.” Or perhaps he fell out with Phil Brown -Â the Brazilian’s strop when substituted against Blackburn Rovers certainly indicated as much.
Agree/disagree with the list? Let’s hear it…